Swing thread is a must needed trimming which are significantly used in garments manufacturing. To make garments, sewing thread plays an important role in readymade garments sector. There are different types of swing thread which are mentioned in this article.

You may follow How to Calculate Sewing Thread Consumption in Apparel Industry? 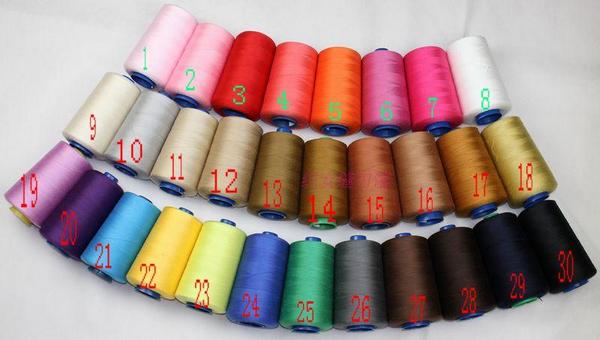 Various types of sewing thread which are vastly used in garments manufacturing has mentioned in the below:

All the above sewing thread has discussed in the following:

Bleaching and dyeing have done in this type of sewing thread and sometimes lubricants are used to make it more frictional resistant. There is a possibility of occurring shrinkage and seam puckering after wetting in water and washing the garments respectively.

This type of thread is finished by caustic soda solution with tension. As a result, the entire fibres in the threads become round in shape and gain higher strength and brightness.

Glaced cotton sewing thread is made by using surface coating on the soft cotton threads. As a result, the threads become stiff, smooth and increase the frictional resistance.

It may be made from continuous filament or staple fibres. The strength and stability are comparatively less but more brighten. It has a limited use as a sewing thread but widely used in embroidery work.

These types of sewing thread are strong, low cost, good washing fastness and satisfactory elastic properties. It can be washed up to 150°C without any shrinkage. It is widely used due to low cost. At present, polyester thread is widely used in the garments among the synthetic fibres sewing thread.

Nylon sewing thread made from hexamethylene diamine and adipic acid. It has not a wide used due to high extensibility because it makes seam puckering after sewing due to shrinkage. These types of thread are used to sew knitted fabric, extensible seam and swimming wear.

The using of PEFE sewing thread is limited due to the higher cost. It is used for protecting against flame, melt and chemical garments.