Sewing thread is an important trimming which are vastly used in readymade garments sector. Sewing thread contains some properties. In the past I have presented here the relation between sewing thread, needle and material but today I have explained here different properties of sewing thread.

You may follow Sewing Thread Consumption for Different Stitches 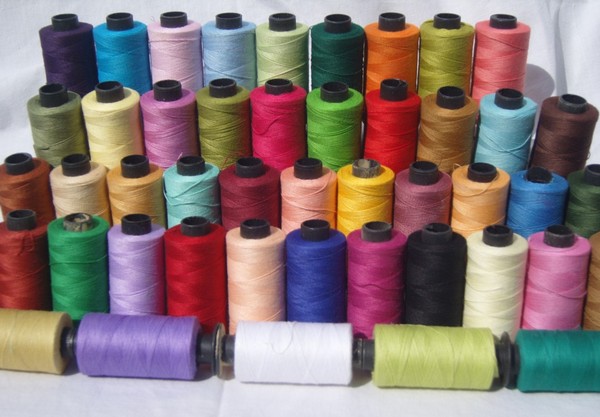 There are different key properties of sewing thread which are mentioned in the following:

All the above properties have explained in the below:

The ratio of tensile strength and thickness or count of sewing thread is known as tenacity. Strength and quality of various count thread are verifies by tenacity. Tenacity is denoted by gm per tex or gm per denier in textile and apparel industry.

Thread has minimum strength in its loop position and the minimum load needed to break the loop is termed as loop strength. It is deeply related with stitch strength of a thread.

The loop strength of weaker loop is termed as minimum loop strength. It is used to determine the performance of sewing thread in the stitch.

Elongation at break is the extension of sewing thread at breaking point. It is expressed in percentage. It is too much important for extensibility of seam.

Stress strain curve is the drawing curve of tenacity which opposes the elongation of sewing thread. It has great importance to compare the values of two threads.

The dimensional change of sewing thread after washing with water or heat is called shrinkage. Shrinkage is expressed as percentage. Due to the shrinkage of threads, seam pucker is occurred.

Abrasion resistance is the frictional resistance of one sewing thread to another. It has great importance to determine the sewing performance of thread which is measured by using special machine and method.

Color fastness is very important factor for the sewing thread. The color durability of sewing thread against sunlight and wash must be as like as garments.

2 thoughts on “11 Properties of Sewing Thread”